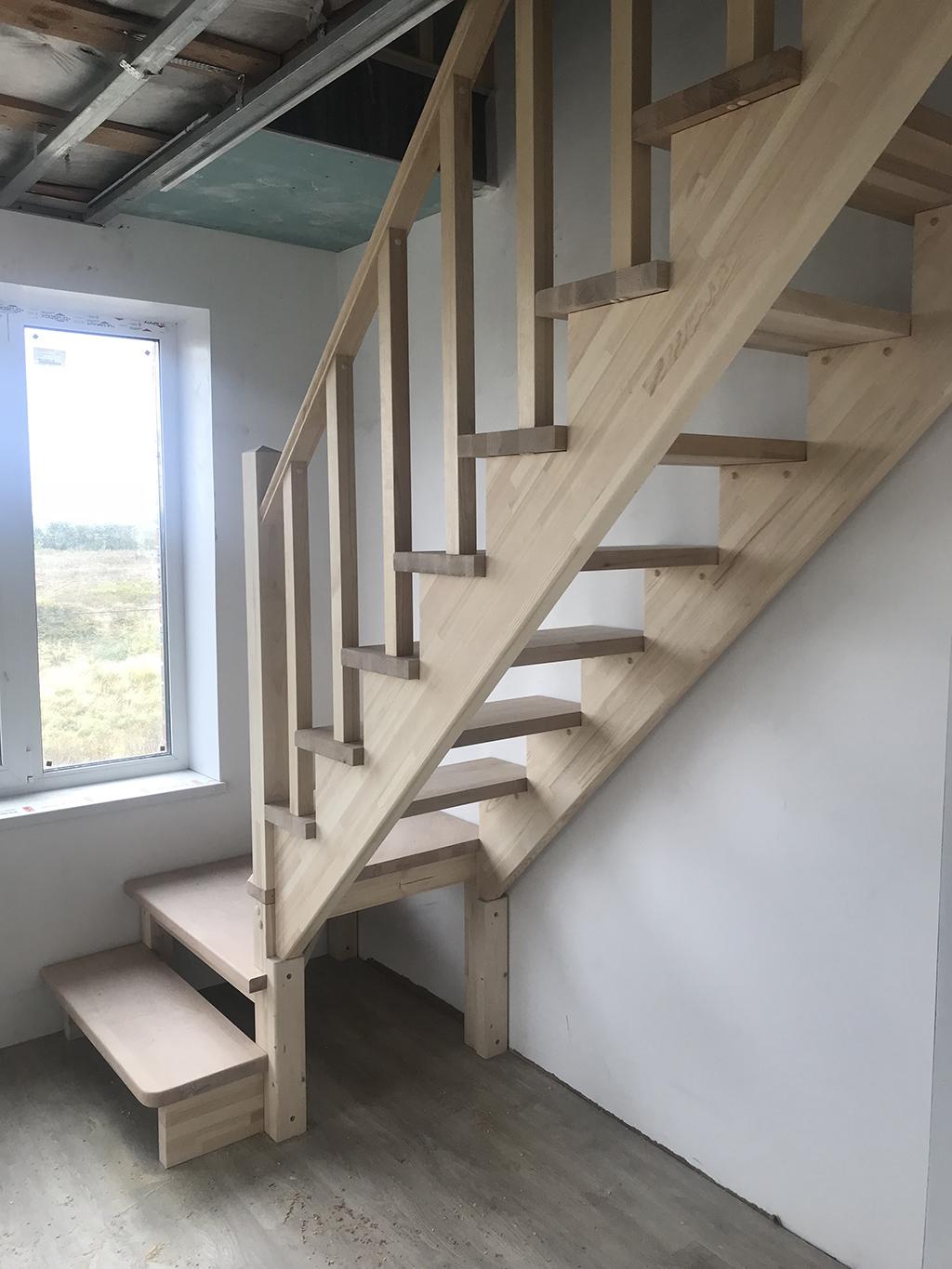 Agree that the novice master is constantly faced with difficulties, it happened to me. After my second child was born, my wife and I finally decided to get rid of the apartment and to make a choice in favor of the house. Having little experience or to be more precise, in his youth worked in student brigades and that's all))

Construction was delayed for three years because of the helpers was just my fragile wife, 5-year-old son and a dog. All contributed their bit themselves, helped as they could and I thank them for that!

But now not about it. After casting the Foundation and the construction of the roof, it seemed the worst was behind me, but there it was... it was Ahead of it - stairs!

Since the whole house was practically finished, and the long-awaited settlement with each day attracted more and more. It was decided to fork out a bit (the benefit of savings allowed) and give the money to the contractor that he has completed the final touch.

It is here that my world and a little shaken. In the suburbs the most simple wooden ladder was worth 50K! My inner Jew could not stand such a scenario, but to check in really like, so a compromise was reached. The manufacturers to provide all the necessary calculations to manufacture the components and assemble myself.

Actually, I stumbled on the website Kalk.about. Immediately attracted vnimaniye the ability to visualize the future of the ladder, to build a 3D model. No piling, everything is simple and clear. It was extremely convenient that illustrates the normative documents on which the calculation is carried out and explained in detail the principle of operation of the program. It is evident that this project involved professional experts, but I'm looking for a trick anywhere, and in any case cross-checked manually matched.

Then I found a company that gave the source, place your order and 20 thousand have got everything you need to build. The designer was assembled in about a couple of weeks, the result you can see in the photo!

Once again I want to say a special thank you to the service kalk.pro. You greatly simplify the life of simple hard workers, I wish you success and dynamic development!

Calculator
0
Create a new account. It only takes a few minutes!
Get all the features of Kalk.pro!
Error message
file to download
Select downloads